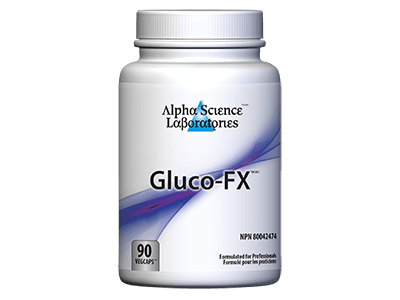 The most prevalent forms of diabetes are commonly referred to as Type 1, Type 2 and gestational diabetes. In Type 1, the cells of the pancreas that secrete insulin die. Insulin is the hormone that regulates blood sugar, or glucose, by influencing the capacity of cells to use it as fuel for their activities.

Sometimes the insulin-secreting pancreatic cells die because of actions of the immune system (“immune-mediated Type 1 diabetes”). At other times, there is no apparent cause of cell death (“idiopathic Type 1 diabetes”)1. Type 1 diabetes can occur in people of any age but is the most common form affecting children, which is why in the past it was referred to as juvenile or early onset diabetes. Insulin-dependent diabetes is another term that has been used to refer to Type 1 diabetes.

In Type 2 diabetes, the body tissues become increasingly resistant to the effects of insulin. Insulin secretion may be impacted in a variety of ways: it may initially increase, it may decrease or it may remain relatively unchanged. Type 2 diabetes tends to develop in people who are middle-aged or older, and may be caused or worsened by poor dietary and lifestyle habits. This form of diabetes has also been referred to as non-insulin-dependent or late onset diabetes.

Gestational diabetes occurs in as many as 7% of pregnancies and resembles Type 2 diabetes in that it involves some combination of reduced insulin production and altered insulin sensitivity2. Gestational diabetes is sometimes referred to as Type 3 diabetes, as is another condition, latent autoimmune diabetes of adults (LADA). LADA is a condition in which Type 1 diabetes develops in an adult. It may be misdiagnosed as Type 2 diabetes if the diagnosis is based on the person’s age rather than on the nature of the metabolic failure (loss of insulin-secreting cells versus loss of tissue receptors for insulin)3.

Prediabetes is a condition in which sensitivity to insulin is declining. It is characterized by blood sugar levels that are at or just above the high end of the normal range and is thought to precede the development of Type 2 diabetes.

Natural Treatments for Diabetes
The objectives of treatment for all forms of diabetes are the same: to improve the uptake of glucose at a cellular level and to maintain blood glucose levels within a tight spectrum. Vitamin, mineral and botanical supplementation can be effective in achieving these objectives.

Vitamin D
Our bodies make Vitamin D when they are exposed to sufficient quantities of sunlight. Because we live in a northern climate, Canadians are at risk for Vitamin D deficiency, especially during the winter. Recent studies have shown a link between decreased levels of Vitamin D and susceptibility to both Type 1 and Type 2 diabetes.4, 5, 6, 7

Food sources of Vitamin D include cod, salmon, sardines, milk and eggs. Consult your MD or naturopathic doctor if you are concerned about being deficient.

Good food sources of chromium include romaine lettuce, tomatoes and onions. While chromium is found in many foods, it tends to be there in very small amounts. As a result, it is often necessary to take chromium as a supplement if a therapeutic level of the nutrient is needed.

Vanadium
Vanadium is another mineral that has been shown to help normalize blood glucose levels, possibly through an insulin-like effect on cells.10, 11 Food sources of vanadium include seafood, mushrooms and culinary herbs such as black pepper, dill and parsley.

Bitter Melon
Bitter melon, also known as Momordica charantia, is a gourd-like fruit that grows in South America, Asia and Africa. It has been used by practitioners of folk medicine in those areas to control the symptoms of diabetes for centuries, and has been shown in research to have a sugar-lowering impact.12

Gymnema
Gymnema sylvestre is an herb commonly used in India to reduce the desire to eat sugary foods. It has been shown in research to reduce the symptoms of diabetes and improve blood markers of the condition, such as glycated hemoglobin. 13, 14

Type 2 diabetes is considered to be preventable because an appropriate diet and exercise regimen can forestall the development of the disease. But irrespective of the “face” diabetes is presenting; diet, lifestyle factors and targeted supplementation can make significant improvements in the signs and symptoms of the condition. If you think you might be at risk for diabetes, consider discussing your situation with a naturopathic doctor – a natural treatment just might make all the difference.