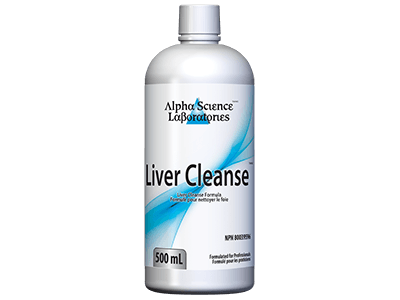 How Does A Cleanse or Detoxification Work?
A detoxification or cleansing of the body organs is an attempt to increase the efficiency of the organs as well as rid the body of a buildup of toxins. When the major organs of elimination are overloaded by toxins, they begin to store these pollutants in the cells of the body where they can be harmful in various ways. Toxins can interfere with the normal biochemical pathways necessary for healthy bodily functions but we can also fight the onslaught of toxin overload with an herbal cleanse or detoxification.

Liver Cleanse
The liver is the major organ in the body that is responsible for the detoxification of many biochemical compounds which can then be excreted by the body in the stool and in the urine. The liver is also responsible for the synthesis of many different types of proteins needed for use in the body. During these processes of synthesis and detoxification the liver generates a large quantity of free radicals (oxidants) which can damage and even destroy the cells of the liver. In addition many of the body’s toxins may be stored in the
liver until they are broken down and metabolized. However, the liver has a number of defense mechanisms which help prevent it from being totally destroyed – in particular, it has several potent anti-oxidant systems which help prevent damage to the liver cells.

Unfortunately, many individuals use medications (e.g. acetaminophen) which are toxic to the liver, we all live in a polluted environment, many people smoke cigarettes, consume large quantities of alcohol, use recreational drugs, or eat high trans-fat foods — all of which stress the liver and inhibit normal functioning. In order to help the liver, one can periodically flush the liver clean with herbal formulations. Liver CleanseTM by Alpha Science Labs consists of extracts of well-known Western herbs combined with lesser known but highly effective herbs used in Traditional Chinese Medicine (TCM). This particular herbal combination provides antioxidants to the liver, helps the cells of the liver regenerate, and most importantly it increases blood flow to the liver to help flush away the buildup of stagnant material in the liver and thereby cleanse the liver of unwanted debris.

A periodic cleanse of the liver will greatly improve liver health. For maintenance of the liver between cleanses, use Alpha Science Lab’s Liver SupportTM for daily protection and support of the liver.